Currently, 65% of Myanmar’s population lacks access to grid electricity. The rapid reduction in the cost of solar panels and battery storage has made solar-powered mini-grids a viable alternative to centralized grid electricity for rural households. Solar-powered mini-grids can be deployed rapidly and financed with private capital complementing the government's efforts to increase generation and extend the national grid.

“Electrification is a cornerstone of Myanmar’s economic and social development. Our solar-powered mini-grids offer an efficient pathway for rural electrification as we are able to provide an on-grid experience to rural villages that may otherwise have to wait ten or more years to obtain grid electricity.”

Alakesh Chetia has 25 years of experience in solar energy, semiconductor, software and computer systems. Immediately prior to co-founding Yoma Micro Power, he was President of Social Innovations and Managing Director of Rural Electrification at SunEdison. Prior to SunEdison, Alakesh held positions of Vice President and General Manager at Cypress Semiconductor, Chief Operating Officer at TransEDA and Chief Executive Officer at iMODL, while based in Silicon Valley, California.

Dinesh has more than 30 years of experience in the renewable energy and telecommunication sectors. Prior to Yoma Micro Power, Dinesh led operations for large renewable energy projects in India with SunEdison and Tata Power. He also has headed R&D, marketing, and project management efforts in multinational telecom companies such as National Telecom, Ericsson, Nokia, and ZTE.

Dinesh has a Bachelor’s degree in Electronics and Telecommunications Engineering and is a certified project management professional.

BOARD OF DIRECTORS AND INVESTORS

Listed on the Main Board of the Singapore Securities Exchange Trading Limited (SGX-ST), Yoma Strategic Holdings Ltd. is a leading business corporation with a diversified portfolio of businesses in Real Estate, Consumer, Automotive & Heavy Equipment, Financial Services and Investments in Myanmar. Together with its partner, the SPA Group, the Group is taking a conglomerate approach to build a diversified portfolio of businesses in Myanmar. The Company was ranked in the top 5% of the Governance and Transparency Index 2017, ranked 26th out of top 100 largest Singapore companies in the ASEAN Corporate Governance Scorecard 2017 and won the Best Managed Board (Gold) Award at the Singapore Corporate Awards in 2016.

Appointed to the board of Yoma Group in July 2015, Melvyn Pun is an Executive Director and the Chief Executive Officer of the Yoma Group. Prior to that, Melvyn was the Alternate Director to Serge Pun of Yoma Strategic and the Chief Executive Officer of Serge Pun & Associates. He began his career with Goldman Sachs in Hong Kong SAR where he was Managing Director, Head of Asia Ex-Japan Corporate Solutions Group.

Melvyn was educated in the United Kingdom and graduated from University of Cambridge in 2000 with a Bachelor of Arts (First Class Honours), Master of Engineering and Master of Arts.

Norfund is a state-owned investment fund mandated to develop sustainable enterprises in developing countries. Norfund invests in clean energy, financial institutions and agribusinesses. The main investment region is Sub-Saharan Africa, as well as selected countries in Asia and Latin America. Clean energy is the largest component of Norfund’s portfolio and includes investments in hydro, solar and wind power projects. By year-end 2017, Norfund had USD 2.4 billion in committed investments.

Pål Helgesen has 12 years of experience with energy investments in developing countries, including serving on boards of many companies. Formerly, he worked with strategy, acquisition, and business development at Det Norske Veritas, a technical risk management company with operations in more than 100 countries.

Alakesh Chetia has 25 years of experience in solar energy, semiconductor, software and computer systems. Immediately prior to co-founding Yoma Micro Power, he was President of Social Innovations and Managing Director of Rural Electrification at SunEdison. Prior to SunEdison, Alakesh held positions of Vice President and General Manager at Cypress Semiconductor, Chief Operating Officer at TransEDA and Chief Executive Officer at iMODL, while based in Silicon Valley, California.

International Finance Corporation IFC—a sister organization of the World Bank and member of the World Bank Group—is the largest global development institution focused on the private sector in emerging markets. IFC works with more than 2,000 businesses worldwide, using capital, expertise, and active engagement to create markets and opportunities in the toughest areas of the world. In FY17, IFC delivered a record $19.3 billion in long-term financing for developing countries, leveraging the power of the private sector to help end poverty and boost shared prosperity.

Yoma Micro Power aims to provide electricity to some of Myanmar’s most rural customers unlikely to access it for several years to decades otherwise. Operating in the country’s off-grid areas, Yoma Micro Power works closely with national and regional governments as well as local authorities including village and religious leaders and the communities that it serves. With scalable solar hybrid micro power plants, Yoma Micro Power provides them affordable, clean electricity with 24/7 availability. Yoma Micro Power is pioneering the use of responsive demand-side management, implementing smart meters and digital payments like Wave Money, which fosters financial inclusion by bringing previously unbanked customers into banking and financial sectors.

Yoma Micro Power offers reliable, cost-effective, and clean electricity services to off-grid telecommunication towers that otherwise have to rely on expensive and dirty diesel generators. There are currently more than 10,000 off-grid towers in Myanmar that use an estimated 125,000,000 liters of diesel per year, emitting more than 300,000 tons of greenhouse gases. Yoma Micro Power utilizes solar hybrid power plants to serve the energy needs of these telecom towers, enabling them to transition off fossil fuels to greener and ultimately cheaper energy sources. Unlike traditional utility companies, Yoma Micro Power provides uptime guarantees through service level agreements committing to reliable service, empowering telecom companies to provide high-availability service to their customers.

Yoma Micro Power builds, owns, operates, and maintains several grid-connected rooftop solar systems for commercial buildings as well as diesel abatement solutions for off-grid areas and islands. Myanmar's total generation capacity is unable to meet the demands of those connected to the grid, even with 65% of the population being off-grid, and the gap between supply and demand is widening as the country's commercial and industrial segment expands rapidly. Yoma Micro Power's first grid-tied solar system, a 26kWp plant, became active at The Campus, the headquarters of the Yoma Group at Pun Hlaing estate, in March 2018. In May 2018, a 52kWp system was commissioned on the rooftop of the A5 building in Star City – a premier apartment and golf community in Yangon. Yoma Micro Power is also operating a diesel abatement solar system at Awei Pila resort in the Mergui archipelago. 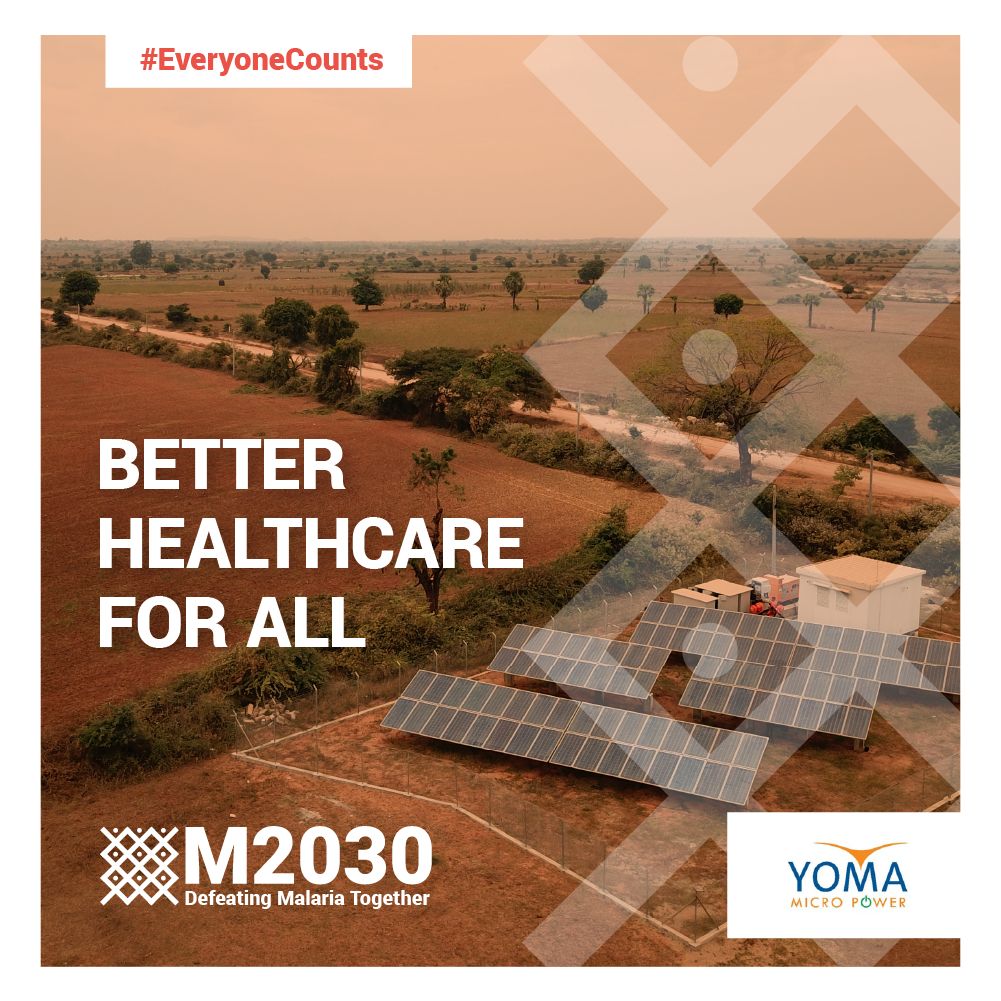 Building a better Myanmar is at the heart of all we do. 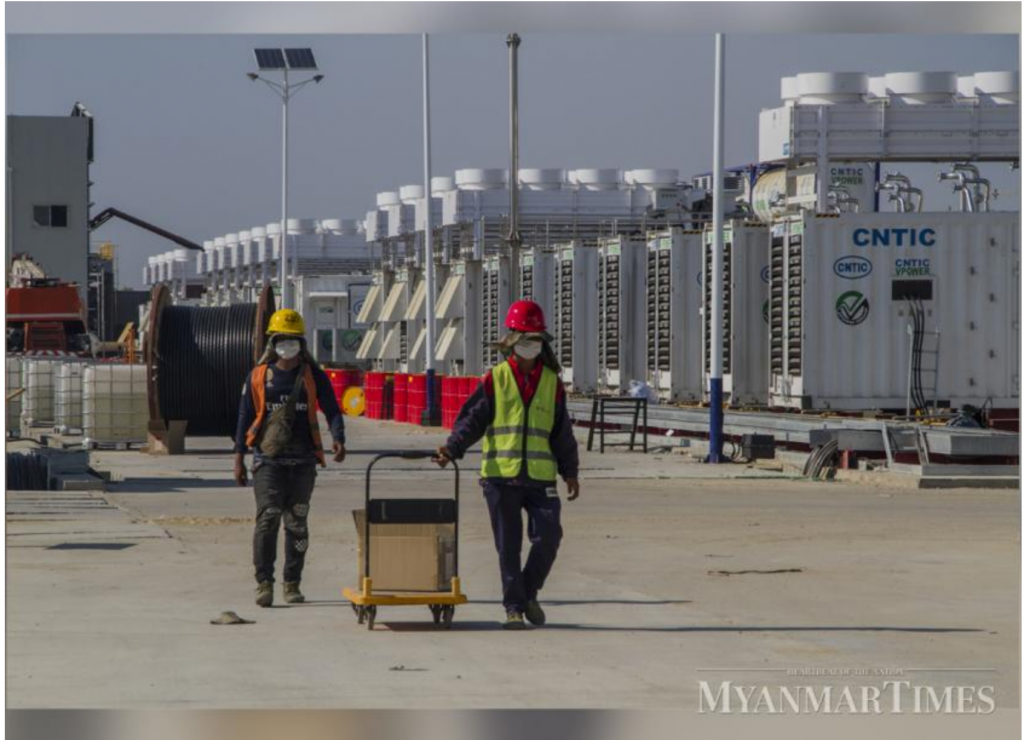 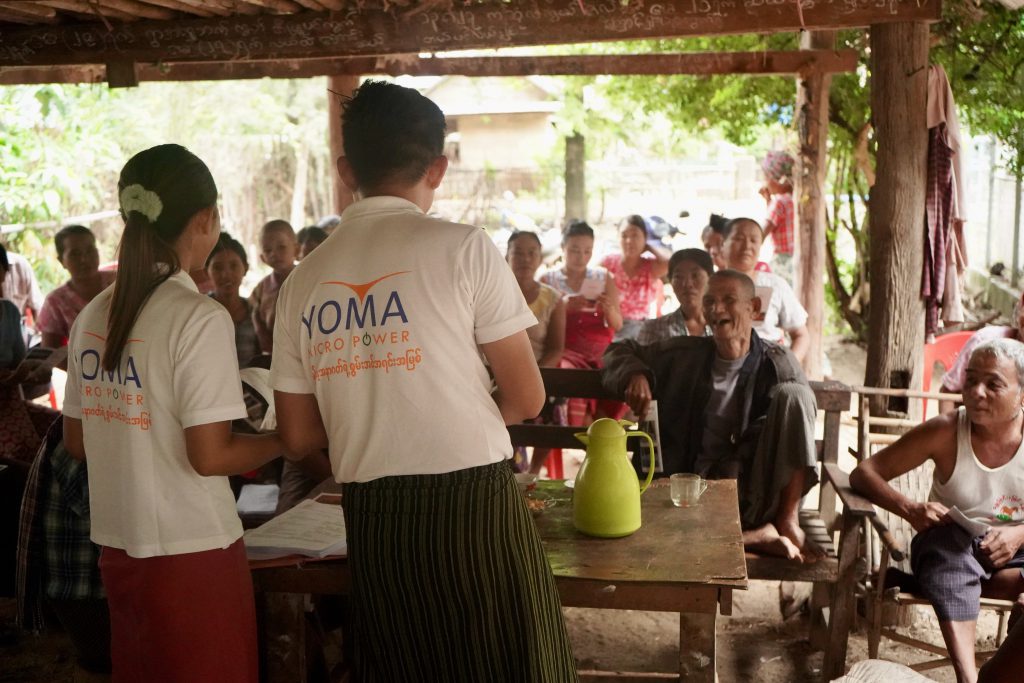 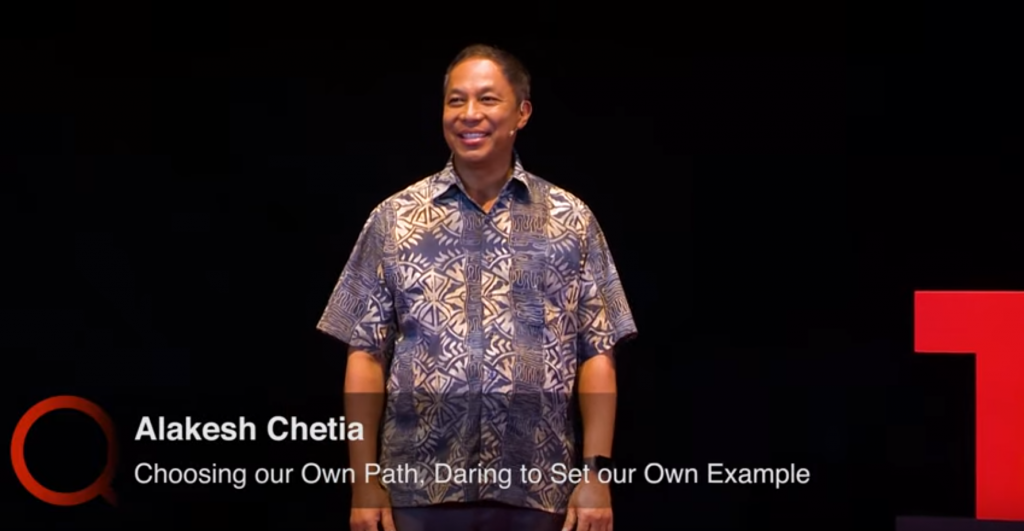 Choosing our Own Path, Daring to Set our Own Example | Alakesh 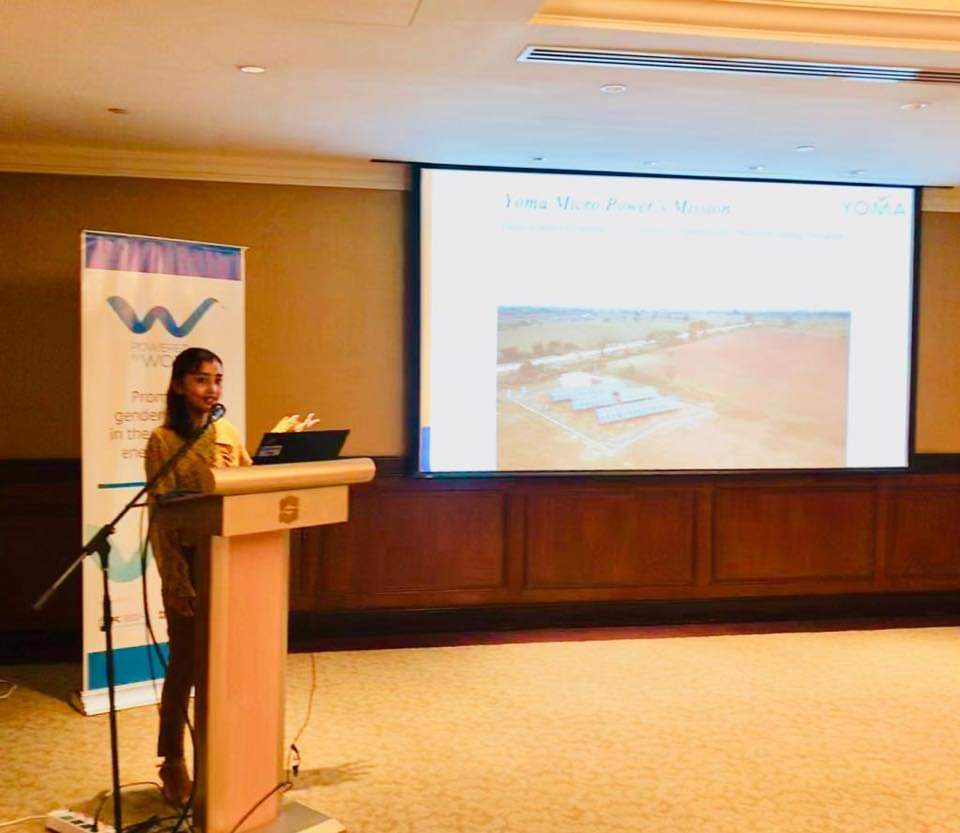